What is a Hazard and Operability Study?

Read  this free whitepaper from Abhisam

HAZOP is an acronym created by combining the words for HAZard and OPerability (Study). It is one of the most popular, non-quantitative Risk Assessment methods in use today across a wide range of industrial operations, but not limited to, Oil & Gas, Refining, Chemicals, Petrochemicals, Glass, Pulp and Paper, Pharmaceuticals, Food and Beverage, Power Generation and any kind of process industry.

However, this technique is even used in places like Mining, Steel Plants and Foundries. It is also used in Electrical Systems, called “Electrical HAZOP” but we will not be covering it in this White paper.

We will give a brief outline of this technique here.

This technique was first introduced many decades ago at the now defunct Imperial Chemical Industries (ICI) of UK. However ICI no longer exists today in that form. Various parts of the company were hived off, merged and/or have been taken over by companies such as Huntsman and AkzoNobel. However, engineers and safety professionals who worked in ICI, carried over this to these other companies and it grew in popularity. It was then also adopted for use in Electrical Networks, used to do risk assessment of the then newly emerging Computer Based Control Systems (DCS, PLC based systems) which was known as Computer / Control HAZOP or CHAZOP for short.

Within a few years, the method became mainstream and widely accepted not only in the UK where it started, but all over the world including in the newly industrializing countries such as India and China.

Now one considers it the de-facto risk assessment techniques used in the process industry. It has even become a verb in some industries, when people ask “Have you HAZOPed it?”

Before we dwell further, just remember that this is juts one of many techniques (out of a bunch of risk assessment techniques) that engineers and other technical professionals use. Other techniques include FMEA (Failure Modes and Effects Analysis), LOPA (Layer of Protection Analysis), HAZID (Hazard Identification), What-If analysis, Checklists, Quantitative Risk Analysis and Risk Matrix.

Our HAZOP course is the only course on the market that covers everything related to Hazard and Operability Study including topics such as CHAZOP. 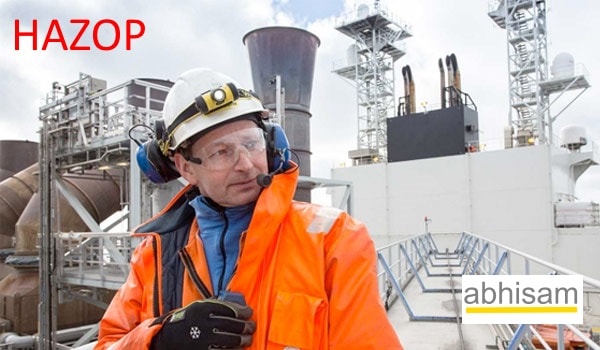 How to carry out a HAZOP Study?

The procedure to do this is structured in such as way as to identify the intentions and deviations of a particular operation, which we call as a node.

For example, a node may be a section of a plant that transports a liquid material from a plant to a storage tank via an inlet pipe, valves, etc. Then in this node, the original intention is identified which is nothing more than transporting liquid from the plant to the storage tank. Then all possible deviations are analyzed in detail. Some of these deviations may result in accidents (for example if there is a reverse flow of liquid from the tank to the plant).

To list all the possible deviations that can happen, we use standard guide words such as Low, No, Reverse and so on. These are combined with the principal  parameter that can cause this deviation (in this case Flow). So we analyze what happens in case of Low flow, No Flow, Reverse Flow and so on. Then for every deviation that we list, we estimate the consequences. For example a Reverse flow condition may take the liquid back from the storage tank to the plant.

Whether this could be having hazardous consequences, only the persons who are involved in the study can judge. Now if this is deemed to be a hazardous consequence, then suitable mitigation is needed or better still should be prevented from happening at all. So one could suggest modifications to the piping (e.g. a reverse flow check valve). This is how the Risk of something bad happening is assessed and also prevention & mitigation methods are listed in the study.

The video alongside will also give you a brief idea of the technique.

In this situational video, the Project Manager explains to a young engineer how a HAZOP is carried out.

One can use standard MS-Excel templates to carry out the study, or use (either commercially available or in house developed) documenting software that does the same.

However, note that software per se is not absolutely necessary to do this, it is only a tool that can make the process slightly faster and easier because the software is used only for documenting the findings systematically. If used by a noob or an incompetent person, the best software in the world may well be useless!

Also the persons who are part of the study team should be well versed in the process, as otherwise outsiders cannot judge whether a particular deviation could cause a bad outcome or not. The team should be multidisciplinary because only then can various engineering solutions, of different types such as mechanical devices, electrical devices or process instruments be suggested.

When it comes to doing any HAZOP Study, one of the most important questions to be asked is the competency of the persons who do it. Many times companies tend to outsource this to outside agencies. Such agencies can of course do the job, but only if well supported by the plant owner/operator because only they know the intricacies of their process. So outsourcers can be appointed as facilitators/ leaders or scribes or specialists, but the owner operator’s personnel also have to be part of the team for the study to be effective. It is not simply checking a few boxes here and there.

If an unskilled or untrained person carries out such a Study (using the best software or no software), the chances of doing a bad job increase manifold. Doing a bad HAZOP is worse than doing nothing at all because a bad one lulls people into believing that their study is complete (and the recommendations are implemented and the plant is safe and everybody lived happily ever after) when actually the opposite is true.

Hence it is very important that only trained and qualified people should carry out these studies. For example you could take the Abhisam Training course today to build your competency and that of your team as well. The course has an associated exam that can be taken online and a certificate of competency earned alongwith an electronic badge.

Our  course is the only course on the market that covers everything related to Hazard and Operability Study including topics such as CHAZOP. You can view the demo on our Free Trial Courses page to check it out!

Lastly thoughthis tool  is well known as a risk assessment technique, it is also useful from an operability point of view. Thus it will identify potential operational problems too, such as the response time of a process operator to a process upset, whether manual valves have been installed in hard to access places and so on. However this should be part of the scope that is given to the team. Spending a little more time on analyzing operability issues in the plant, will be worthwhile as it can significantly affect the manpower deployment in the plant. Think of it as a kind of work study that could optimise manpower.

Of late this has become a factor in many risk assessment studies. In our view one can easily incorporate this in the standard templates while doing a CHAZOP. All the deviations that can happen due to faults in the DCS/SCADA/PLC/SIS could be either due to random hardware faults, systematic (software) faults or malicious attacks. The consequences for these will be similar and can be analysed. The mitigation however will need some expertise in designing fault tolerant systems. The Abhisam Industrial Cybersecurity training course will cover these aspects.

Free White Paper- What is CHAZOP?

Computer HAZOP or Control HAZOP refers to the Hazard and Operability Study technique being applied to Industrial Automation, Control Systems such as DCS, PLC, SCADA based systems.

Find out more in this free Abhisam Whitepaper or watch the video to know more.

Be a Certified HAZOP Leader 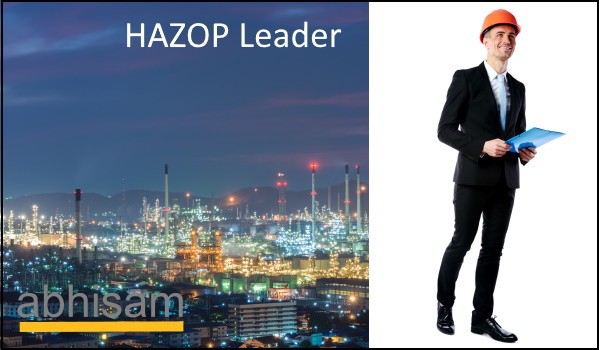 Become a Certified HAZOP Leader when you participate in this HAZOP Leader training program and complete the requirements.

Certified HAZOP Leaders are much in demand professionals who successfully chair Hazard and Operability Studies, either for their own employers or clients.