This free Abhisam Whitepaper explains how you can make hazardous areas safer while reducing costs and also being compliant with standards and regulations.

Hazardous Areas are typically found in large facilities like oil and offshore oil & gas platforms, oil refineries, chemical processing plants, tank farms, supertankers, other ships that carry petrochemical cargo and even places like grain silos, which have the risk of explosion or fire due to explosive mixtures of vapors or dusts. Hazardous Areas are also referred to as “Classified Locations” in North America.

This article is a short guide to how these areas can be made safer, without any increase in costs.

How are hazardous areas classified?

Hazardous Area Classification in a typical facility is done based on two aspects.

One is the probability of a flammable, or explosive mixture (this includes dusts too), being present in that area and secondly, the type of the material being present.

Area Classification is not a permanent thing

Most area classification studies, are done during the design stage. This is not always followed up with periodic audits of whether the previous area classification still holds good or not (say due to plant modifications, change of processes, usage of different raw materials, addition of facilities and so on).
Sometimes, the basis of the area classification itself, is not understood by the people who actually operate the plant, resulting in the original design being no longer valid. This is not a one-off possibility, it happens many times. Unfortunately it may also result in a disaster.

The US Chemical Safety Board recently posted a few videos of investigations, regarding actual disasters related to chemical process plants. One of these is about an explosion at a paint & ink manufacturing facility at Danversport, Massachusetts. If you watch the video, posted alongside, you will realize that the root cause of the accident, seems to be inadequate ventilation. Apparently, the original design engineers had built in the forced ventilation to reduce the area classification from perhaps Division 1 to Division 2, or possibly from Division 2 to Safe (the latter seems more likely). This “safe area” classification is erroneous, if the ventilation is switched off. However, these key facts were not communicated to anybody.

How to understand the concept of hazardous area classification easily

How do you convey the concept of hazardous area classification to people working in your plant? If you refer to the published standards, the level of complexity seems to be too high to be understood by shopfloor level workers and even sometimes for practising engineers and technicians. Nobody is interested in solving some esoteric differential equations and simulations to find out if any area should be classified as Zone 1 or Zone 2. The best option is getting our Hazardous Area Instrumentation course here, it covers area, material and temperature classification in detail. 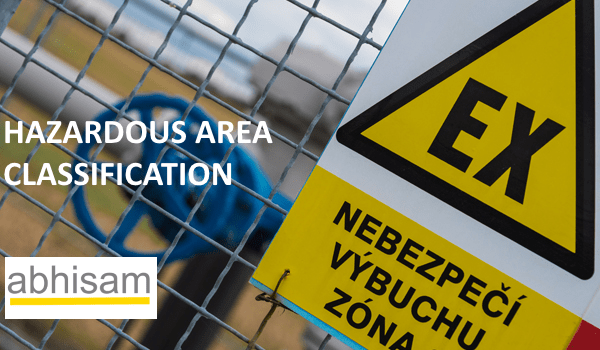 Why poor area classification increases costs , reduces safety and generally is bad for the plant operation

How you classify the hazardous area in your facility, is one of the most important, but least understood and neglected issues today.

Because the way in which you classify a hazardous area, can significantly affect the operating costs of your facility in the long run.

Today’s competitive chemicals or hydrocarbons business environment requires that all efforts are made to keep costs on a tight leash.

Globally, in area classification, there are two major standards. One is the IEC (International Electrotechnical Commission) system, which is followed in Europe, Asia , Australia, Africa and many other regions.

The second system is the NEC (National Electrical Code), which is popular in US and parts of the middle east.

The IEC system has three zones (Zones 0, 1 and 2) based on decreasing probability of explosive vapor or gas mixtures being present .  (Dusts & Fibers have also Zones but will not be discussed here).

On the other hand the NEC system has two levels (Division 1 and Division 2), again based on decreasing probability of hazardous mixtures of gas or vapor being present.

If your facility has been designed by an engineer who has wrongly “overclassified” the hazardous areas, then you are unnecessarily incurring additional costs without any benefits.

Simply, it is declaring an area as hazardous when it is really not.  How does this increase costs? By forcing you to buy and maintain expensive explosion protected equipment, when an ordinary weatherproof one would have been just as good. Secondly, since the area is anyway not hazardous, you are paying more for safety that you do not need. It is the equivalent of wearing a safety helmet while having lunch in your home.

Declaring an area as Zone 1, when instead it should really be Zone 2, is also a case of overclassification.

This then restricts your ability to use  some of the cost effective techniques like “Non incendive” which are available for use in Zone 2 only (but not allowed in Zone 1).

What is worse is that if your plant has large swathes of areas marked as “hazardous”, then you may have a very difficult time with your local authorities, if you approach them for permissions for expansions, etc.

They may display the NIMBY syndrome (Not in my backyard ). This would be really tragic, if the area does not deserve to be marked as hazardous, but it has been done by some overzealous engineer many years back.

Underclassification is declaring an area as non-hazardous, which should in fact be marked as hazardous. This is possible due to ignorance or incompetence of the design engineer, or perhaps the original design was modified by the owner/operators without considering reclassification. This is downright dangerous and is much more serious.

This is exactly what has happened in the case study video above.

How to resolve these problems?

How can this problem be resolved? By conducting an audit of your present facility, marking hazardous areas with reference to the current standards available, as well as training the personnel in the basics of area classification.
Everyone who works in hazardous areas, should know what is a “hazardous area”. This simple logical fact is ignored by many plant managements, thinking that it is only the job of the Safety Manager. However this is not right, all personnel who actually work in a hazardous area should know what it means.

Some of the resistance of the management might be the fear that they will have to spare even more of their already shrinking pool of skilled workers for classroom training. However an effective alternative would be to impart training using modern methods such as e-learning.

It is ridiculous to teach 21st century technology with 16th (?) century teaching methods (classrooms with a teacher and a blackboard). Use e-learning instead. The interactive animations and simulations in the self learning course, making understanding very easy.

Abhisam Software’s e-learning course can be used to train engineers and technicians very effectively without them having to be away from work, even for a single day. You can access this course online via any browser and also get certified. Contact us today to find out more.

Other Hazardous Area Webinars and Courses

In this free Abhisam Hazardous Area Webinar, find out the basics of hazardous areas and the ATEX regulations. 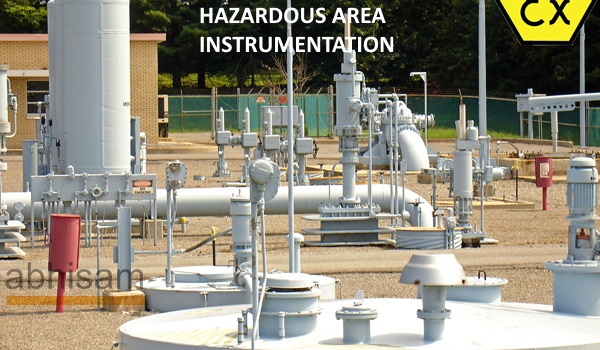 In this Hazardous Area course, learn everything that you need to know about Instrumentation and Automation in hazardous areas, including Explosionproof, Intrinsic  Safety, Pressurization and more.