RFID and Internet of Things (IoT)

What is the Internet of Things (IoT)?

How can I learn more and get certified? 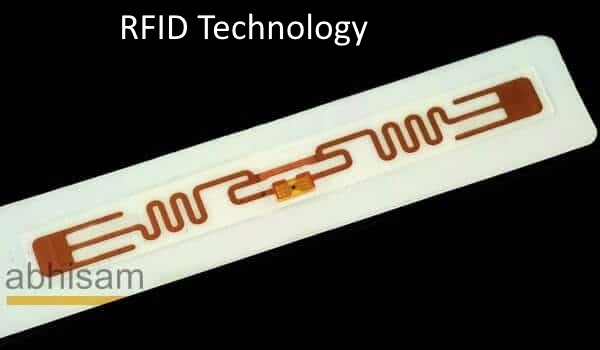 What is the Internet of Things? What is RFID(Radio Frequency Identification)?

The internet of things (IoT for short) was a term coined by engineers who were working with the MIT Auto ID center, back in 1999.  Auto ID refers to “Automatic Identification”. In those days the prevalent automatic ID technology was the bar code. But it had several limitations. Hence they were working on developing an RFID (Radio Frequency Identification) based system, which would be far superior to traditional bar codes. The vision was to tag everything in the commercial and industrial world with a “smart auto -id” tag, that would enable discovery, due to virtue of it being connected to the internet.

Today after two decades, advances in microprocessors, mobile computing, ubiquitous wireless networks and the establishment of powerful cloud computing companies has resulted in the IoT moving far ahead of a network of RFID tagged devices. So right from your smart watch to your smart refrigerator and home airconditioning system, eveything can be a part of the IoT.

Why has it become so important today?

The world is increasingly moving, inexorably towards more sensors (more Instrumentation) and more automation. So this is a fast growing discipline. Many things that were not possible to be automated in previous decades are rapidly on the way to becoming automated (think self driving cars, for instance). As computational power becomes cheaper and more ubiquitous (meaning available everywhere), as more sensors and measurement technologies become available,  the field of Instrumentation, Automation & Control will keep on growing in importance.

RFID was the first technology used to make dumb objects into “smart” objects in a cheap and easy way. The radio frequency ID tag could be affixed to any physical object (such as a carton) and then RFID readers at various points in a supply chain could track its movement. So you could see on a central computerized system as the smart tagged carton moved out from the factory (via a reader installed at the loading ramp), to the time when it entered a warehouse (via another door way reader at the warehouse ) and so on. Thus supply chain visibility increased a lot.

Today we can add a microcontroller card to any device to make it smart and then connect it via the Internet to track and trace it. However the cheapest way to do this is still via a passive RFID tag, which costs just a few cents (as compared to a few dollars for an electronic card with a microcontroller chip). Thus this remains the far preferred way to tag objects in the IoT.

What technologies are used in IoT?

We have a variety of technologies that are used in the Internet of Things. This goes beyond RFID tags and includes various kinds of microcontrollers, various communication techniques (both wired and wireless), protocols like MQTT, gateway devices that route data, cloud services where one can track all the thousands or even millions of smart objects in the IoT, various ways to secure them not only from cyberattacks that steal data or incapacitate the system, but also to prevent it from used to piggyback the network and launch attacks on other systems. Thus cybersecurity technologies play a big role in IoT.

We have the following RFID Online Courses  and IoT. Each of these courses consist of several modules that have text, animations & simulations, graphics, assessments, examples, real life case studies that help you become a professional. You can complete them from the comfort of your home or office or anywhere else. You can either take them online over the internet (Online version) or download them to your own Windows 10 based computer (Standard version). On passing the associated exam, you can get qualified as a professional, earn an electronic certificate with a unique ID number and a badge issued via Credly, that can be added to your Linked In Profile or other places online such as email signatures. This displays your qualifications and competencies to your colleagues, peers, bosses and potential employers and clients.

Learn the basics of Radio Frequency Identification technology via this free online learning course. Here you will learn about

*What is a bar code?

*What is the EPC

This Abhisam RFID Training Course is the easiest and most comprehensive way to learn all about the technology.

This goes far beyond the Basic RFID course and when you finish this you would have understood the technology in detail.

Easy to understand animations and simulations,  text, graphics and examples make this a great learning experience.

If you pass the associated exam, then you can also earn a free certificate and electronic badge at no extra cost. This course consists of the following modules.

On passing the associated exam, you can earn a Certificate of Competency and an electronic badge via Credly that you can display online on places such as LinkedIn. Get the RFID Certification Training course now

This free course introduces you to the basics of IoT.

1.Introduction to the Internet of Things

On passing the associated exam, you can earn a Certificate of Competency and an electronic badge via Credly that you can display online on places such as LinkedIn.

There are multiple possible IoT architectures and network protocols that are used in implementing IoT projects. This easy e-learning course explains these in depth.

5. Case Study of an implementation

IoT in the Cloud (Coming Soon)

In this easy e-learning course, quickly learn how you can implement your IoT applications using public cloud services like Microsoft Azure, AWS and some specialized cloud providers.

1.Basic Concepts of the Cloud

5. Case Study of an IoT application using a cloud service

The Internet of things is a network of smart devices.

Learn how to select an IoT device and what characteristics it must have, in order to work well in an IoT network.

This course will consist of several modules, which will be revealed later at the time the course is released.

Security is one of the most important things to consider when building or using an IoT architecture. This course will enable you to understand how to build and deploy secure IoT networks.

This course will consist of several modules, which will be displayed at the time of the course release.

The Internet of Things has several use cases in a wide variety of industries and businesses. Learn some typical use cases via this elearning course.

This course will consist of several modules that will be displayed at the time of release of this course.

Passing the associated exam will lead to a Certificate from Abhisam, as well as an electronic badge via Credly that can be shared online.

More details about this e-course are here

This course introduces you to the Business Planning part of planning and implementing an IoT application. Many enthusiasts fail to estimate and plan their IoT projects properly, which is one of the biggest causes of failure of IoT initiatives.

1.Introduction to the Internet of Things

6. Case Study of an IoT project

Pre-requisite: You must have completed the IoT Basics course before you can take this.

In addition to the above online courses, we along with our associates, also conduct traditional classroom style Training Workshops from time to time in multiple cities around the world.

However after COVID-19 we currently offer only live and pre-recorded webinars, instead of in person workshops.

Some of these webinars are as below

The following free white papers on RFID and IoT are available on the Abhisam website and can be accessed from the links below.

1. How can the Industrial Internet of Things (IIoT) & Digitalization revolutionize manufacturing plants?

2.How can the insecure Internet of Things wreck the internet itself?

Attend this free online IoT workshop to learn more about the Industrial Internet of Things and Digitalization.

Learn from practising engineers & not academics.